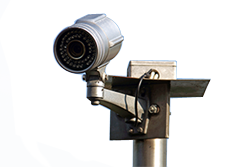 There is no disputing the fact that the government of Iran is the leading sponsor of state funded terrorism in the world. With the recent agreement to ease sanctions on the government due to their agreeing to making changes, favorable to them, on the production of nuclear materials: the major source of cash infusion into their coffers now means the government has significant resources to expand their funding of terrorist groups throughout the world. In fact, if one notices, there has already been an increase of terror attacks in Israel and a few EU countries. These new attacks are basically terrorist groups “auditioning” for funding from Iran. The only thing we can expect here in America from this nuclear deal with Iran is an increase in terror attacks against our interests here and in other parts of the world.  Make sure your business is prepared when this happens.